Unlike most eighteen year olds, I had the weight of the world on my young shoulders. Desperate to do right by my family, my questionable choices led me to the pits of hell.

Steel bars, three meals a day and no contact with the outside world; regret consumed my every thought. Desperate to pay my penance, forgiveness and a happily ever after wasn’t the plan.

But there she was.

Warm, passionate and unexpected, Emerson Lane was the light at the end of the tunnel. She was all a man like me could want and everything I didn’t deserve.

Redemption wasn’t something I thought I would ever find. Until she found me.

Reviewed by Donna Elsegood on behalf of KFF

Emerson Lane is a Lawyer whose field of work is legal aid namely helping paroled prisoners adjust to life outside and making sure the transition is smooth along with working with the parole officer assigned. Emerson grew up with a family tradition of lawyers who specialise in property law and that was originally the field she was supposed to follow in; however, she soon realised it wasn’t for her much to her family’s disgust who felt it wouldn’t pay the bills and wasn’t worthwhile enough. She is a strong-willed lady with a heart of gold and on a mission to help those that have fallen on the wrong side of tracks.

Jagger Michaels is a  brooding man who has spent the past twelve years in a penitentiary and finds himself up for parole although he isn’t very keen. Whatever it is that got him wound up in, jail preys a heavy burden on his shoulders. He feels so much guilt and thinks he should still be serving time. He paints himself as worthless and not in the slightest good enough to be back in society with any forgiveness for what he did all those years ago.

“Can you do one thing for me please?”
“It’s a bit early to ask for favours isn’t it?”
“Its time to call your family Jagger, get ready to go home.”

There is an instant attraction between the two protagonists but given their positions, it’s hopeless even thinking about it. The chemistry is very palpable and you get to know what each one is thinking with the story being told in dual point of view. Jagger has a brother called Hendrix and he is very different, but an interesting character and the dynamics of their relationship was refreshing considering they had spent so many years apart. Overall, the side characters were a great attribute to the story and while its mainly centred around the two main counterparts, the development and individuality kept me fully entertained. Emerson has a colleague called Taylor and she was very feisty and funny.  I should also mention two other additional characters called Dakota and Sasha although I don’t want to give away their connection to the story just be assured they were interesting. Dakota was a real sweetheart and I warmed to her instantly. Joe, Emerson and Taylor’s colleague, I didn’t like him one bit. I had a bad feeling about him.

There is a total swoon worthy moment and my favourite line: I kiss her as if its my first kiss. I kiss her knowing its our last.

“So, why are we walking away from one another?”
“It’s not our time.”
“Maybe in the next life?”
“You wont be able to keep me away.”

The moment I turned the cover to the prologue the words reeled me in. I wanted to know more and why. The author very cleverly makes you think you know what’s going to happen only to put a completely different spin on it. I hung onto every word and felt the pain of the transgressions of the male protagonist and the passion. There is every emotion going from sadness to laughter. I love the author’s storytelling and the development of plot and characters. I have had to go in for a re-read as I couldn’t get this masterpiece off my mind. You know it’s a great book when you think about it long after the epilogue. Its already paved the way for Hendrix story and I look forward to it especially if we get a glimpse of all that played a part in Reclaim. Marley valentine is a great addition to the book world with her talented penmanship. I mustn’t forget to mention the Reclaim playlist on Spotify that I have had on constant play since I have read the book. The tracks are cleverly chosen to compliment the story. Bravo and congratulations Ms Valentine. A worthy five stars.

Marley Valentine comes from the future. Living in Sydney, Australia with her family, when she’s not busy writing her own stories, she spends most of her time immersed in the words of her favourite authors. 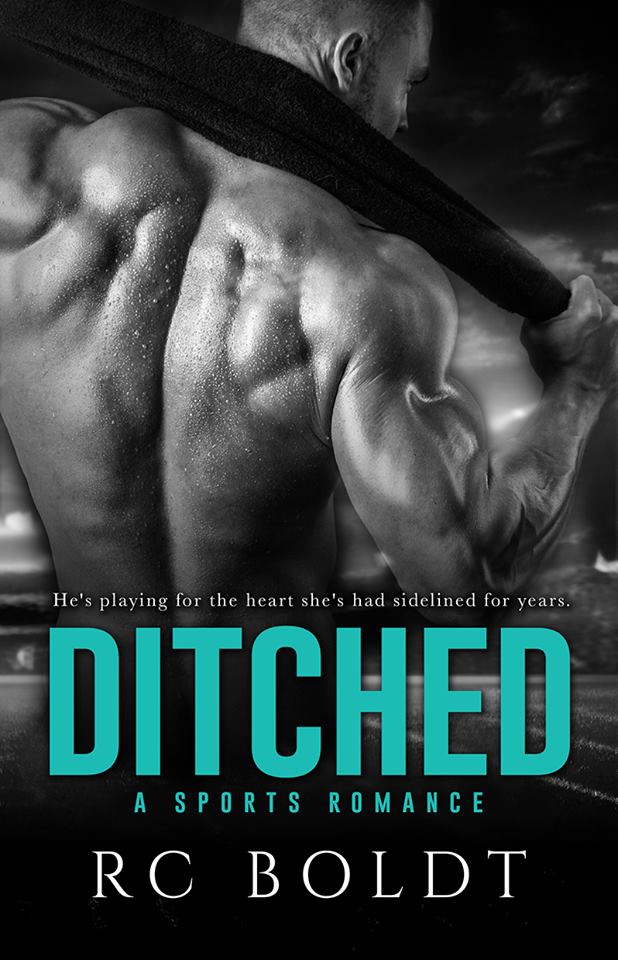 He’s playing for the heart she’s had sidelined for years.

Dating can be a rocky journey. Once the new shine wears off, you may end up with a case of buyer’s remorse.

That’s where I come in. I set the backdrop and coach you through the breakup.

Don’t want overblown drama, hard feelings, or a drink tossed in your face? Then I’m your fairy godmother, child.

As an NFL quarterback, endorsement ads and the media pandering after me are all part of the game.

Ivy Hayes is the first woman who doesn’t care about my money and the notoriety that goes along with it.

But I’m a long-term guy, and she operates strictly in the now. Which means I need to bring my A-game.

Otherwise, I’ll end up getting ditched.

Reviewed by Emma-Louise on behalf of KFF

Man, what a read this one was. I so hoped after finishing ‘He Loves Me…Knot’ Beckett would get his own book and sure enough he got his book and then some. Ivy Hayes was his equal in every sense of the word.

‘It’s at this moment it falls together for me. Her sacrifice of comfort for me, for my mother’s memory, means more than Ivy could possibly imagine.’

I adored the use of the ‘Word of the Day app’ and the fun that ensued because of this. Ivy’s closest friend Darcy held such a presence on the page that I fell in love with her almost instantly. I dare not forget to mention Leif, he has the ability to make me vanish, digitally speaking, that is. And if that isn’t enough fun factor on the page; we finally are introduced to Beckett’s elusive brother, Brant makes an appearance on page and he is wonderful, caring and so very funny.

The title of this book will make sense to the reader once they get started on this wild ride of a book. I often wondered prior to getting Ditched into my grubby little hands what the title meant and I loved every minute of it once I realised what it meant, for not only Ivy but for the rest of the characters of this little gem.

‘Then he breaks into a wide, toothy grin and a tiny voice inside of me screams. He’s a good guy. Ivy. You really will hurt him.’

The way that Ivy and Beckett meet is so very succinct for this author and rings very true towards the characters involved. All I will say is that who causes it has always devotedly been in the corner of Beckett.

“Oh my gosh, I love your shirt!”
“I’m sorry to startle you. My best friend would absolutely love that shirt,”. “You wouldn’t happen to be single, would you?”

Emma Jane and Knox are very key players in this book, and this reviewer wouldn’t have it any other way. Emma Jane especially is important to Beckett, and vice versa. They were there for each other through thick and thin and it only makes sense that she would be such a large presence on page.

The ups and downs in this book are examples of extremes, this author sure does love to torture her characters, and the sadist in me adored every minute. She has the genius of being able to spin a tale in any way, shape, or form and it never not works. There is zero detraction from the story whilst in progress. And there is not a single word or paragraph of useless text. The romance is slow burning and extremely gentle. Ivy comes from a hard background and is almost like a feral cat at the beginning. Beckett is the kind of man not afraid to follow through or use his softer side. He’s the kind of man that many women would fall to their knees for.

‘This–here with you–I feel like I’m baring more than my skin. Like he sees more than simply a naked woman standing before him.’

Ultimately, I went into this book head over heels for both Emma Jane and Knox, I didn’t think for a second that Beckett or Ivy could change how I felt about them. I’ll freely admit to anyone who asks, my mind was changed within the first ten percent of the book. Beckett and Ivy have jumped ahead in my affection. This, like ‘He Love Me…Knot’ is not an easy read; however, it is so worth the time and effort. I laughed, and I cried with these characters and to me they feel more real than most bok characters I have had the pleasure of being introduced to. Thank you Ms. Boldt, and congratulations on another scintillatingly, awesome read.

RC Boldt is the wife of Mr. Boldt, a retired Navy Chief, mother of Little Miss Boldt, and former teacher of many students. She currently lives on the southeastern coast of North Carolina, enjoys long walks on the beach, running, reading, people watching, and singing karaoke. If you’re in the mood for some killer homemade mojitos, can’t recall the lyrics to a particular 80’s song, or just need to hang around a nonconformist who will do almost anything for a laugh, she’s your girl.